Last night, March 9th, at CB #1’s monthly meeting the board unanimously approved an amended version of the Parks & Waterfront Committee’s resolution regarding the redesign of Marsha P. Johnson State Park. It more extensively covers the halting of construction and community infused reconsideration in the redesign of all areas, all elements and all potential uses of the park. It also takes into account the revelation that State Parks has issued an RFP for food market concessions on both platform areas which was not communicated to the committee March 4th. The lack of communication and transparency from this agency has worsened.

Prior to the meeting NYS Parks Regional Director Leslie Wright issued a letter to the board expressing an apology for the lack of communication with the community and committed to removing the mural and foam core flowers from the design, and reiterated these sentiments during the board meeting. However, State Parks still plans to move forward with reconstructing the rest of their new design including replacement of the platform slabs which will lend itself to holding food events, with the intention of reopening the full park in June. However, what does the community want?

NY State Parks should cease construction on the redesign of the Marsha P Johnson State Park and construction must continue to be halted until NY State Parks representatives convene scoping meetings with the larger Greenpoint/Williamsburg community, the LGBTQ+ community and the family of Marsha P. Johnson on a new design of the park that reconsiders all areas, uses and elements of the park including, but not limited to the slabs areas, the thermoplastic mural and foam core flowers, historic preservation, pathway and roadway treatments, fiscal allocations, and the open food market concession.

Because the Request for Proposals currently issued by NY State Parks for the open food market concession necessitates the existence of two platforms, which would preclude the possibility of the elimination of one or both platforms, the RFP must be withdrawn until NYS Parks receives full input from the public regarding the design of the entire park including the former platform sites.

 Category Updates
You spoke. The state listened. The state cancelled the Request for Proposals that would have...
Read More 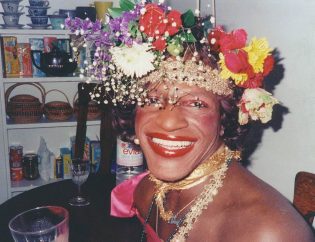